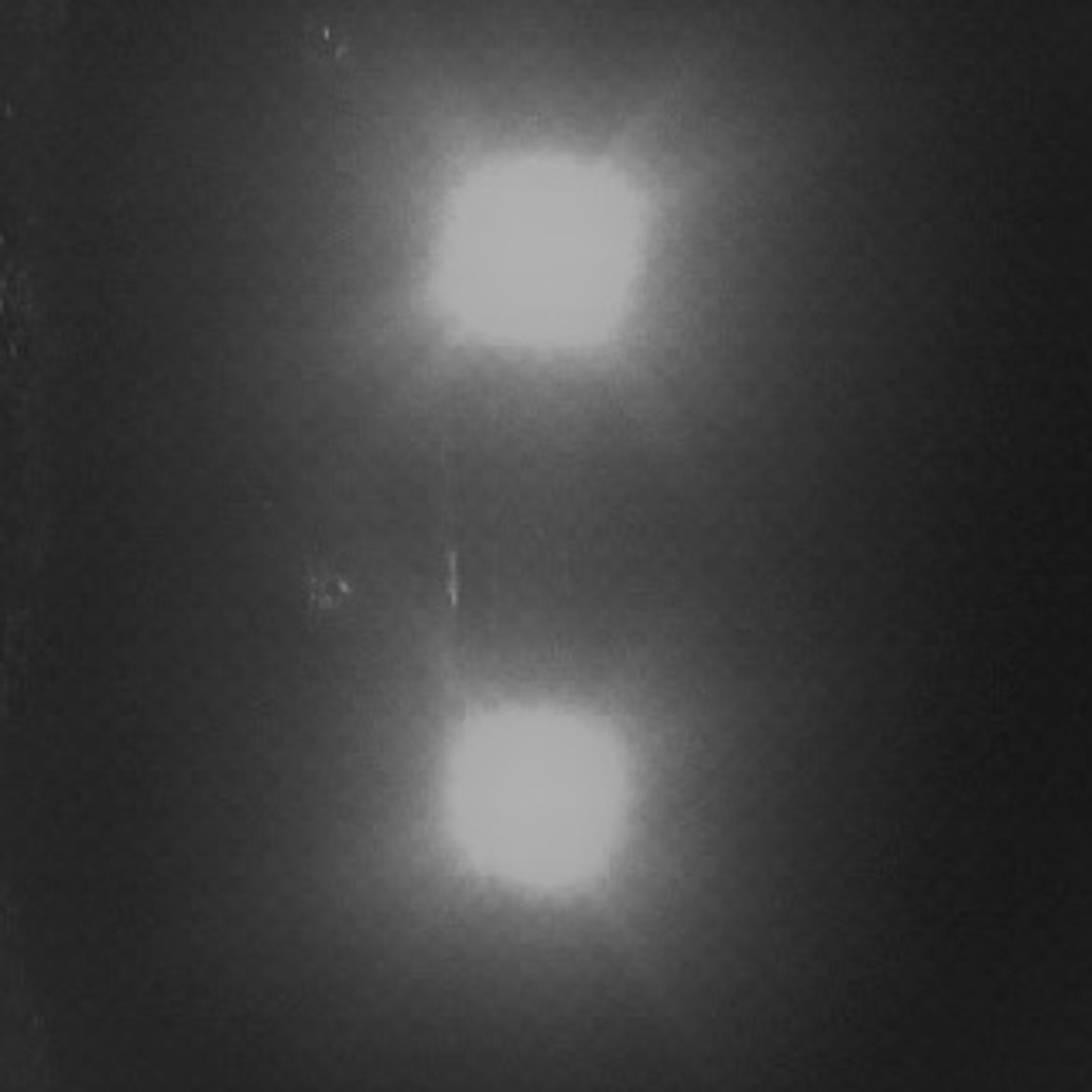 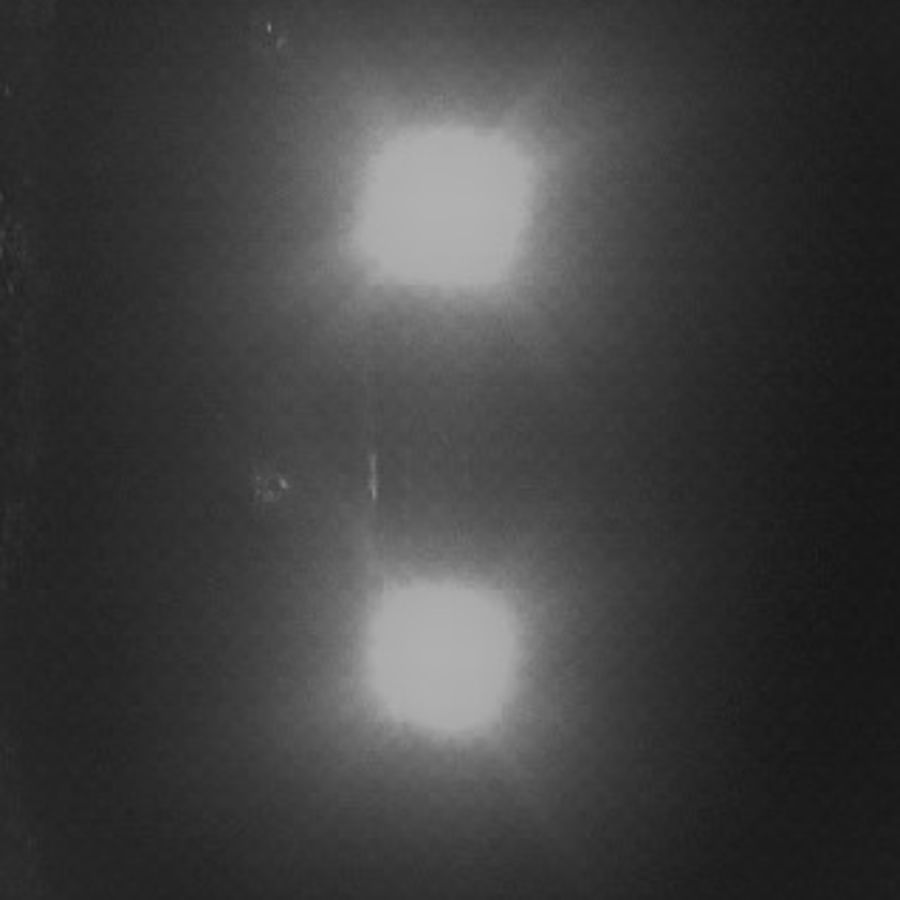 It's Going To Be Fine
Lauren Suval

As a father, non-philandering husband and upright citizen, I am not proud of the tale about to unfold, unless of course it is well-received, garners a Pulitzer Prize and/or hondles a three-book deal at Rowling money.

I was a somewhat typical teen during my highschoolhood. I say somewhat typical because, unlike many other kids my age, I only occasionally participated in underage drinking, never bullied anyone except those who deserved it, and never cheated except in history class. Overall, a good kid who these days would be considered a nerd, except that I have always been popular and uncommonly hip. Remorseful confession: I never bullied anyone. I just said that to appear less perfect and, consequently, more relatable.

Most of the people I hung around with were relatively good, although not nearly as good as me (At this point, I should inform the reader that portions of this story are and will continue to be written in a conversational style employing relaxed grammar and punctuation practices. I don't have a well reason other than I want to stand out from other authors who write good.).

I apologize for previously tooting my own horn—which, coincidently in a euphemistic sense, is the foundation of my narrative. More accurately, the desire for someone else to toot my horn is what lead to the events that made this story necessary. In mixed metaphor, baseball-terms-for-sexual-experience, I was a fairly decent singles hitter, with an occasional stop at second base and even less frequent approaches to third—and usually only due to my opponents' defensive lapses and physical errors. By no means a power hitter on the diamond, I also never hit a home run in the sack (or in a car or in basement closet or in hayloft...).

And while I virtually thought of little else than sliding triumphantly into home, my pangs never distorted me into a hormonal teenage Mr. Hyde, mainly because the post-date long walks home from anywhere I was had the same result as a cold shower. Luckily in that regard, I (as most teens of that era) didn't have access to a car and had no choice but to walk my ass and wood off. Also, there was no shame associated with being a virgin and no peer pressure to be otherwise, since most peers also were chaste ... except for Cousin Ricky, who knocked up his girlfriend twice while still in high school (the knocking was not actually performed on school property).

When Thursday math class rolled around one Thursday, my friend and aisle neighbor Jackie invited me to spend the weekend with him and the usual gang at a cousin-owned cabin. I accepted but asked if the invitees would also include girls and his crazy brother Dilly. "No and yes," he said. Jackie always made a point of getting to the point quickly before his A.D.D. sabotaged his focus and he started babbling about squirrels or farting or farting squirrels.

I anticipated his answer, but was disappointed nonetheless. Not so much about the girls, but about Dilly. Three years older than the rest of us (and two years less mature), he was our only means of transportation to our hoped-for lost weekend because he was the only car owner among us. His presence was viewed as the proverbial necessary evil, and no one but me expressed the least bit concern that he was blind in one eye, manic and heavy-footed. These were considered minor driving flaws and risks worth taking when compared to the greater rewards of binge drinking and subsequent passing out on a concrete floor in an unfinished, unheated cabin in rural Cujo, NJ, a surplus grenade's throw from Let's Kill Everyone While They Sleep, NY.

The other partiers were Victor, Tommy and Johnny. The perceptive reader will have noted that, with one exception, all the characters have names ending in y or ie. This was common among us 99-percenters. We made an exception with Victor, since calling him Victory would have been weird and inappropriate for several reasons—most notably that there was nothing victorious about him. We liked him anyway; it was cool that he owned a rifle and, unrelatedly, made the rest of us feel good about ourselves when he was around. FYI, the rifle plays as important a role in my story as wanting my horn tooted.

In case it is not obvious to some of you, wanting a toot refers to a desire to be honked by a female. I feel I need to be clear about this so as not to mislead readers who may be expecting a homosexual twist to this story of six ripe teen boys spending a weekend in a remote cabin—readers who would be disappointed that it didn't turn out that way, as well as readers who would stop reading for fear that it would. I am not judging. I am just representing.

So, we arrived at the cabin the Friday evening following the Thursday math class invitation. We practiced for Saturday night's drinking by drinking on arrival, whose initials are, prophetically, d.o.a. Nothing noteworthy occurred that night except for Dilly nearly decorating the cabin's bare walls with Victor's bloody brain and skull splatter. This was the first time I witnessed the clichéd gun safety script: Dilly pointing the rifle at Victor's head, Victor screaming at Dilly to put the rifle down and Dilly assuring him the rifle was unloaded just as the bullet exploded out of the barrel and into a wall at the exact elevation where Victor's head had been a millisecond before, just prior to his instincts pulling him to the safety of the unforgiving concrete floor.

Dilly's response to the ensuing gang-scolding was typical responsibility deflection. "Easy for you guys to say now, hindsight being fifty-fifty and what not."

The interesting danger was yet to come, however.

I don't recall what occupied our time for most of Saturday day. I do remember us drinking our dinner and, at some point, me belching to no one in particular, "I need to get laid."

"I know a woman down the road. My cousin bangs her every time he comes up here. She'll do you ... come on, I'll introduce you," Dilly volunteered.

Since I was not able to walk off my jones because I was too liquor-limbed to remain upright for more than a few steps, I agreed. Johnny and Jackie poured me into the back seat of Dilly's car, while they shared the front with him. Victor and Tommy welcomed the chance to be Dilly-free and elected to stay behind. I don't know why three crowded into the front seat while I was alone in the back with Tommy's rifle, but we embarked on Dilly and Bobby and Johnny and Jackie's excellent adventure—the half-blind leading the totally blitzed.

Our trek was not even two minutes long when it literally spun out of control. "Move over. I don't have enough room to steer. I can't move my arms ... and it's so dark out, I can't see the road," Dilly said to his brother, but driving increasingly faster, as if to get the inevitable over with as quickly as possible.

"I can't move, either," Jackie said as the car spun several times and flipped on its driver's side before eventually sliding to a halt thirty feet from our destination. Gravity and centrifugal force launched all the non-human contents of the car into the back seat with me. Luckily, none of it struck the rifle's trigger, since the barrel was lodged in my right ear.

None of us moved until, now shocked into soberness, we were fairly certain we were not dead. We cranked down the passenger-side windows and crawled out of the car, examining it and us for damages. Once we righted the car back onto its bald tires, we determined that only Dilly's hand gash required attention, and so we piled back into the car in the same stupid seating arrangement as before.

Dilly piloted his death machine to the anticipated site of my midnight ballgame. He got out of the car, haltingly approached the darkened house and tapped lightly on the front door. A pissed-off, recently awakened in the middle of the night middle-aged woman opened the door and growled, "Why the hell are you wimpy-ass punks bangin' on my door?"

Apologetically, Dilly answered the creature. "Sorry to wake you, Delilah. We had an accident. You don't know me, but my cousin owns the cabin just up the hill. You don't know him, either. Can we come in for just a second for a Band-Aid and some mercurochrome for my cut?"

"No," she shouted and slammed the door in Dilly's face and on my dream of finally circling all the bases.

"Son of a bitch! This was all made up bullshit," I yelled at Dilly. "The closest I'm going to get to a bang tonight is if the rifle shoots me in the head on the return trip. You almost killed us for nothing, you lying bastard."

Not only was I not going to hit my first home run on this road trip, I wasn't even going to be invited into the dugout.

The remaining hours of the weekend were spent in sober contemplation, even during the otherwise uneventful drive back home. I realized how lucky I was to be alive and how stupid actions and decisions could lead to a lifetime of death. Still being a teenage boy with an unquenched thirst, I mostly reflected on sex, specifically, my three near-brushes with the unsafe aspect of it.

Foremost, the usual, catching syphilis one, since the foil-packed condom I had been carrying for three years in my wallet (and which had embossed into the leather the obvious ring of inexperience) had disintegrated into an envelope of useless latex powder. Also, having a loaded rifle pistol-whip me on my way to the first scenario (strangely, not my foremost thought). And finally, the non-STD-emitting parts of Delilah's body. In the dim moonlight, which, it is said, adds thirty pounds of intimidating muscle and three feet of intimidating height to the human frame, she looked as though she would be able to effortlessly snap my spine in two—either during the seizure-throes of her orgasm (doubtful) or just for the fun of it (probable).

I have since hit a few home runs, at home and on the road, and no longer have to toot my own horn. However, few at-bats have been as memorable as the strikeout that nearly put me on the big disabled list in the sky.