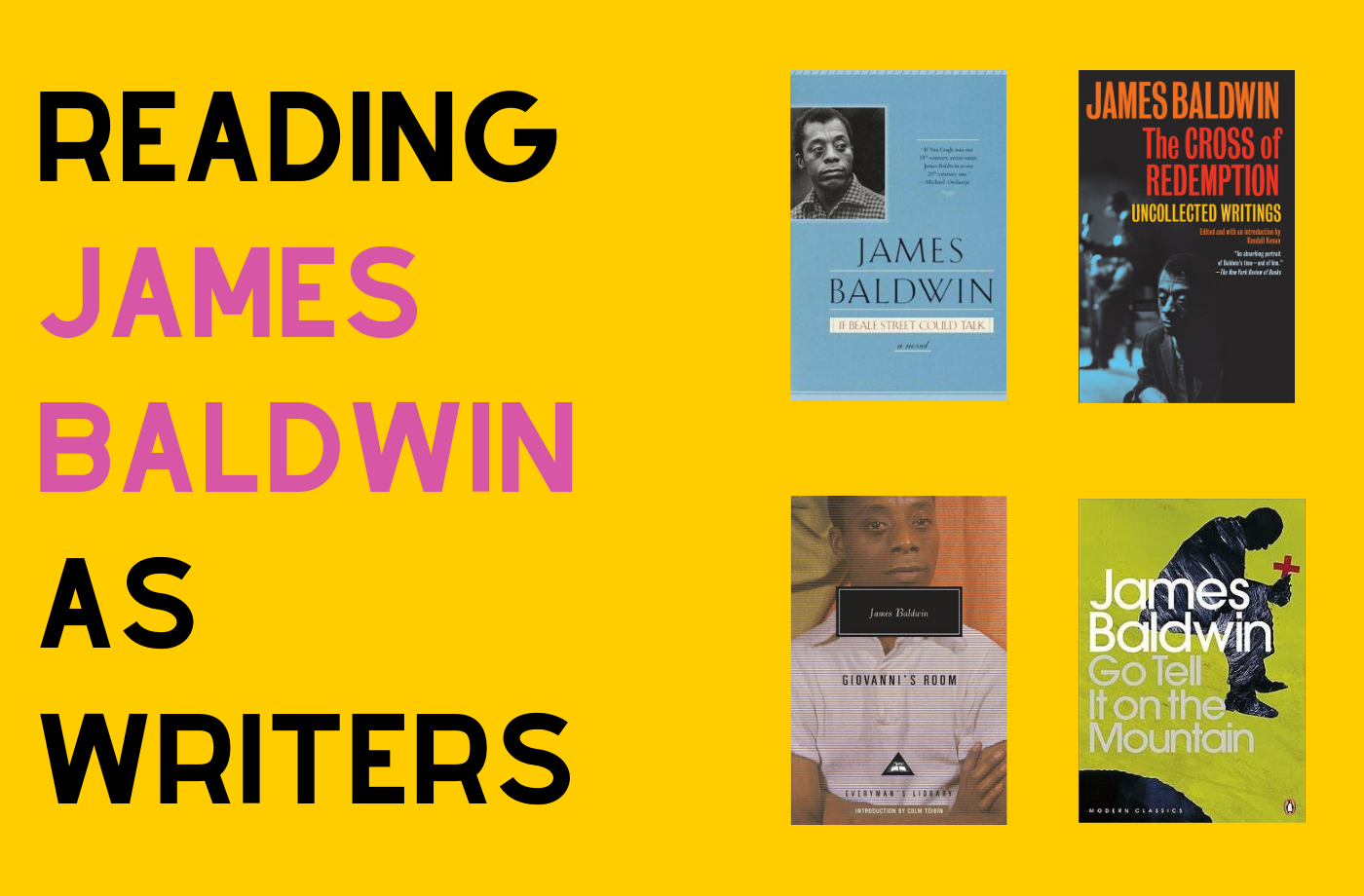 Without reading James Baldwin, it is impossible to understand African-American literature of the 20th century—or even just American writing more broadly. A titan both of his time and today, Baldwin wrote passionately, poignantly, and pointedly about what it meant to be the many identities he held: black, gay, poor, an American in the United States, and an American abroad. His fiction and nonfiction examine racism, abuse, and bigotry in its many forms—but his characters can also be tender, loving figures who live on in us long after we’ve finished a book.

“It comes as a great shock,” James Baldwin said in his seminal debate against the conservative William F. Buckley at Cambridge in 1965, “around the age of five, or six, or seven, to discover that the flag to which you have pledged allegiance, along with everybody else, has not pledged allegiance to you.” Baldwin was referring to his sense that he felt betrayed and unrepresented as a black American, an idea that runs through his wide-ranging body of work.

In this eight-week, four-session class, we will read and discuss Baldwin as writers, exploring what Baldwin can teach us about our own work. This class is open both to Baldwin fans and to those who have never read his work before. We will read the novels Go Tell It on the Mountain, Giovanni’s Room, and If Beale Street Could Talk, and a collection of essays, The Cross of Redemption. We will also draw on a few essays by or about Baldwin available online, as well as look at some of Baldwin’s powerful televised interviews, panel discussions, and debates. Through these, and by examining Baldwin’s writing on a craft level, we’ll seek to answer a brief but vast question: what does it mean to be an American, particularly an American of color, in the world today?

Over the course of our four sessions, we will also work towards composing an optional personal reflection of some kind about Baldwin, be it a personal essay, a journal entry, or an article, which participants can then share with the instructor for feedback during an optional extra one-on-one conference after the final class. Each class will include writing prompts to help students who would like to write nonfiction about or related to Baldwin. Participants are expected to have read If Beale Street Could Talk before the first session.

Note: Any ‘Reading...as Writers’ student can opt in to a 45-minute consultation with the instructor for an additional fee of $105, in which you receive one-on-one feedback on any writing that emerged from the course, including ideas for revision and specific line edits. Please email [email protected] after your final group meeting to arrange a consultation.

- An exploration of Baldwin as a speaker, essayist, novelist, and person

- Participants must have access to the four assigned books

- Each session will focus on one book; participants are expected to have read the book before the session begins, along with some optional supplemental materials from the instructor

Gabrielle Bellot is a staff writer for Literary Hub. She has also written for The New Yorker, The Atlantic, The Paris Review Daily, The Cut, Guernica, Tin House, The New York Times, VICE, The Normal School, Electric Literature, Slate, and many other places.

“Gabrielle Bellot bends the boundaries between what we think of as fiction and non-fiction. Not in the way of lies or half-truth, but of the deeper truths that don’t come easily into the light. She’s reminding us that the world, its nations, its people are made of stories. A ‘fact’ a ‘history’ is just a kind of story that gets told by enough people to become the story everyone accepts and tells themselves over and over every day. Like ‘America’ or ‘woman.’ Sometimes the only way we can see these stories is through fiction. Gender is one of the stories we are telling ourselves as the world tells its own story about gender, about our bodies and how they are, how they should be. This ‘should be’ is a kind of violence, a kind of magic because we cannot see it working. Gabrielle Bellot is doing the hard work of revealing it for us in ways that are beautiful and terrible. Nancy Jooyoun Kim put it best: ‘It’s work that is not just breathtaking in its lyricism, but demanding on absolutely every level—political, social, emotional, cellular—you name it.’ Yes.”

“Gabby is one of the very best writers I know (have known, ever).”

“While Gabrielle’s work speaks to politics and racial and gender identity, she also analyzes the literary canon. Looking at world-building to presentations of characters in classics like INVISIBLE MAN and Ray Bradbury, Gabrielle provides a refined approach to examining seminal works in current times.”

“I just wanted to say that Gabrielle is the coolest professor I've ever had. She’s so incredible in so many ways and she really made us all feel comfortable, although the class could have easily been incredibly scary. I always felt as though she would read my work with an open mind and a real effort to understand. She always did understand, too. It's very scary as a writer who normally does not share their work, but she helped many of us come out of our shells and feel talented and capable. In addition to this, she did not hold back from giving actual feedback. Her criticism was valuable and helpful without hurting our fragile, aspiring hearts.”

“In my experience, Gabrielle Bellot is a wonderfully knowledgeable, diligent, and tactful editor. Her abilities seem to far surpass her years. Through Gabby’s mentorship, I am developing a more nuanced—and more professional—understanding of my work. I feel privileged to have the opportunity to learn from her. She has so successfully internalized technique that she teaches it naturally, and with grace. Her literary insights are profound and rare. Every writer should leap at the chance to study with this instructor.”